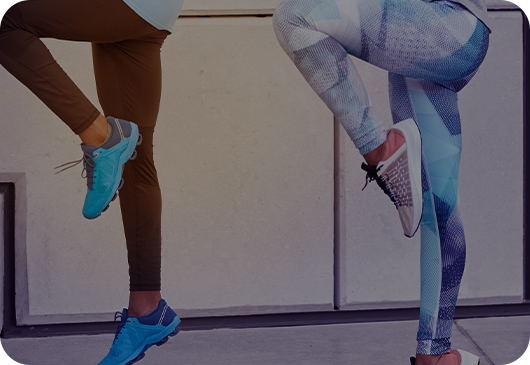 Prioritising Health and Wellness
|
Eat Well Live Well conducted extensive independent research to better understand the attitudes, awareness and behaviour of South African consumers with regards to dietary intake, nutrition and eating behaviours during the pandemic. The research was conducted among a nationally representative sample of South African consumers, as well as dieticians and nutritionists.

Lockdown changed many things – how we worked, travelled, stayed active, lived, and especially how and what we ate.

The resulting State of Nutrition in South Africa report 2020 found that 46% of respondents exercised less during the lockdown, with gyms and public spaces, such as parks, being closed and exercising times being restricted from 6am to 9am. It seems that bad habits beget more bad habits, as over two thirds of those who reported that they don’t exercise regularly claimed to have eaten snacks and treats more often during lockdown. Similarly, 39% of the same group of respondents said they have become less health conscious in terms of nutrition – a significantly higher proportion than the overall average of 21%.

While more than half (58%) of those who exercise frequently, three or more times a week, became more health conscious in terms of nutrition. And a significantly lower percentage (38%) of those with a normal BMI (Body Mass Index) gained weight during the lockdown, in comparison to the overall national average of 49%. Indeed, exercise also promotes emotional wellbeing and mental resilience, while encouraging routine and driving a sense of community – during a time when many of us felt somewhat listless.

During this time, many of us have realised the long-term importance of exercise and physical activity beyond merely the physical benefits. Eat Well Live Well asked Professor Ross Tucker, consulting sports-scientist at Virgin Active South Africa, about how exercise can be empowering.

Q: Does exercise have to be difficult to reap any real benefits?

A. People have this misconception that you have to be professional and very structured about exercise. They make the mistake of trying to be too disciplined about exercise, when they should be having fun. You don't need to be too prescriptive. Include ball sports for play, turn exercise into a game and have fun rather than making exercise an army drill camp-type chore. You need to get as excited about exercising, as you do about going out with your friends. Turn it into a similarly pleasurable experience that you undertake with your friends or tribe. If you have fun, you’ll want to do more of it.

Q: How do I get started?

A. Starting an exercise routine is the biggest challenge, which is why so few people successfully convert their good intentions into action, beyond the end of January each year. The solution is to rig the game, so that you always win it. Do this by setting small, realistic goals that are achievable. Despite good intentions, if you’re unfit, running five kilometres from the get go will be beyond you. You're simply setting yourself up to fail because it's too difficult. This will crush your motivation and it is unlikely that you will want to do it again. Start by walking around the block. Once you do that successfully, congratulate yourself. Then set yourself a slightly more ambitious challenge that you know you'll successfully achieve, so that you always win. Be patient with your commitment. Don’t become demoralised within the first six weeks if the changes you

expected don't happen as quickly. Give it at least two months because as you get fitter, your ability to exercise gets greater. By creating positive experiences from exercise you’ll breed success, which will drive interest and commitment.

A. The Lancet Psychiatry journal conducted an analysis of 1.2 million people that found that people who exercise regularly are significantly less likely to be affected by depression, anxiety and other mental health disorders. While it's difficult to infer cause and effect – as people who are less anxious and not depressed do exercise more – depression remains one of the leading causes of disability worldwide. Psychologists encourage setting aside time to be outdoors or in a fitness club doing some sort of physical activity that demands focus. It's a release from your routine and distracts you from being constantly immersed in your anxieties. While for some people exercise offers the opportunity to escape, get away for an hour a day and not think about life; others specifically use exercise to think about life in a different

context and from a wholly divergent perspective. The best part of it all, is that exercise is all things to all people. It is a platform that allows you to do whatever you want with it.

Q. How can we maintain a healthy workplace?

A. In 2018, the American Journal of Public Health found that excessive sitting (for more than eight hours a day) increases the risk of premature death and some chronic diseases by 10–20%. Try something different during your daily office routine. Stand as much as you can to break up your sitting routine and alleviate postural stressors by either conducting standing meetings or using a standing desk. Otherwise, try sitting on a pezzi ball, those big inflatable gym balls, instead of a chair, as this forces you into the correct posture without slouching. Walk five minutes of every 25 minutes you sit, whether it’s using the stairs instead of the lift, taking a quick walk outside your office building or walking to lunch, if safety permits, and eating standing.